Festival goers from London don’t even have to go beyond the M25 to enjoy outdoor music anymore. The Capital’s outdoor spaces are open for business and promoters are busy lining up a wealth of music talent. Hyde Park, Victoria Park and Clapham Common will all feature major rock and pop extravaganzas in the coming months while Blackheath, Greenwich and Kew will host more boutique events. Even the buskers along the South Bank have stepped their game up with one of them even employing a trio of backing dancers – Thirsty work! 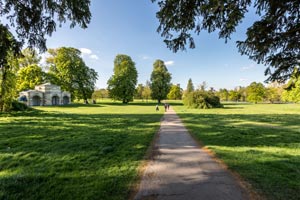 Having been in semi-retirement due to health issues, the former Genesis front-man and all round hit machine is now back, fit and ready to delight fans with his unmistakable mix of chirpy pop hits and kitchen sink ballads. The journey from child actor origins to mega stardom hides the fact that despite writing tunes that connected with millions, Collins didn’t find stardom an easy gig.

He wasn’t too good at marriages either, a fact that perversely contributed to his international fame. If you look up the term “break up songs” in any rock lexicon, you’re liable to see the name Phil Collins next to it. “In The Air Tonight”, “Against All Odds”, “One More Night” – need we go on. All of them are autobiographical and that’s what makes Collins such an enduring figure that will sell out Hyde Park on June 30th. 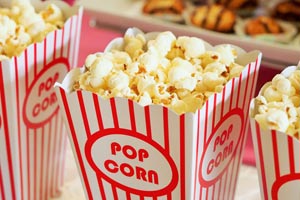 As a franchise, what began as a low budget sci-fi slash movie has had an uneven history. Alien was a triumph of moody suspense while Aliens was basically a great war movie with extra monsters. The third instalment had its fans, but by killing off the main star they backed themselves into a corner and the less said about the barrel scraping exercise that was Alien: Resurrection, the better.

Original director, Ridley Scott’s recent return to the franchise with Prometheus focused on the origins of the monsters and Alien: Covenant expands on this theme, while throwing in more action. Michael Fassbender is on top form as the creepy android with ulterior motives while the actors that play the human crew might as well have had “lunch” stamped on their foreheads. However, it’s still the aliens, or xenomorphs – to give them their correct name – that steal the show as they burst out of human chests, ready to spit acid on their victims. Hey, if it ain’t broke…. 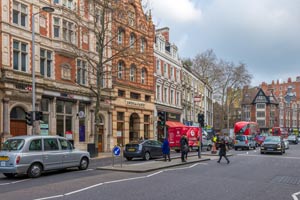 A restaurant that is devoted to its chef/proprietor’s vision of top notch locally produced seasonal ingredients is bound to attract a loyal clientele. What has developed here over the past thirty years has been due this unwavering dedication and it must be amusing for them to see other restaurants suddenly championing the provenance of their respective menus.

Sally Clarke was unapologetically offering fixed dinner menus when today’s hotshots were still in short trousers. She has since relented a bit but all the things that made her restaurant such a refreshing change are still in place. The in-house bakery, open kitchen and tranquil dining room are all maintained with strict attention to even the smallest detail. The chargrilled veal chops with rosemary are cooked to perfection while the olive, parsley and lemon tapenade that accompanies the John Dory is practically summer on a plate.

The Nickel Bar at The Ned – Bank 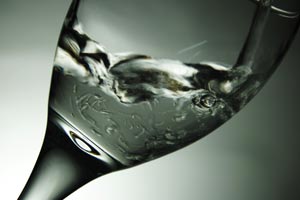 The Soho House group have transformed a venerable financial headquarters into The Ned which is fast becoming the hottest ticket in town. Restaurants, live music and a boutique hotel are all accommodated in this vast expanse of marble that retains many of the original features designed by Sir Edward “Ned” Lutyens (hence the name).

The Nickel Bar forms the social heart of all this ground floor activity and as first impressions go, it’s pretty impressive. Smart, knowledgeable staff are an essential ingredient to a good watering hole and the Nickel has them in abundance. Star cocktail has to be the champagne based Clover 75 which probably sells by the bucket loads on bonus day. Try the Nickel Bar on the weekends when most of the City Boys will be nursing hangovers in their high rises.