Home > Blog > Things to do in London – September 2019
Dealing with loss is one of the great plot devices of drama. People’s reactions to a death can be extreme and also sometimes extremely funny. Fleabag runs wild through London, picking up and dropping partners with mad abandon, while actors in Hollywood as portrayed by Leonardo DiCaprio try to act out their past fictional exploits without any thought for reality. Only superheroes seem to be able to get away with smashing up whole cities, just because lifethrewthem a curveball -hopefully, the O2 Arena can weather their latest outburst of angst.
Fleabag – Wyndham’sTheatre

The one woman play that set Phoebe Waller-Bridge on the road to fame/notorietyreturns to the West End for a short run. Telling the story of a young woman’s startling response to personal tragedy, Waller-Bridgecombines unflinching observational comedy with sly digs at society, family and even her audience.

The show was adapted and expanded for TV and met with massive critical acclaim as it fleshed out characters and brought in new themes, but the core material remains devastatingly effective in a live setting. At the Wyndham, Waller-Bridge expertly puts her expressive face, willowy frame and no-holds-barred language to use as she tells the story of someone who uses sex to free herself from having to confront emotions, yet ends up using it to build a sort of behavioural prison.

Once Upon a Time in Hollywood –Cinemas Londonwide 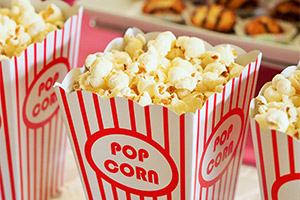 Starring Leonardo DiCaprio and Brad Pitt, this latest Quentin Tarantino vehicle is a lop-sided ride through the Tinseltown of the late 60s when the macho swagger of old-fashioned male movie actors was starting to look a bit out of date. The director captures the period with his usual forensic eye for detail and fans of the movie making process will have plenty to geek out on.

DiCaprio plays a fading star whose alcoholism has led him to rely heavily on his stunt double (Pitt), who also serves as driver, handyman and confidant.This strangely heart-warming relationship seems to be coming to a natural end when debt and a new wife come on the scene, but then things take on a weird and characteristically violent twist. 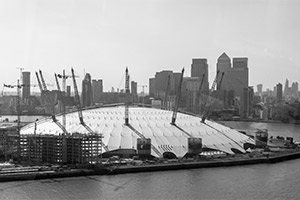 This massive feast of family entertainment aims to continue where the multi-billion dollar movie franchise left off. The larger than life superhero ecosystem that allows Iron Man, Captain America and Spider-Man to all live within a few city blocks of each other is coming to London.

The show brings the fantasy favourites to life with clever CGI, great costumes and death defying stunts. Pyrotechnics and madcap motorcycle chases give villains such as Thanos and Loki room to bait the Avengers as if they were in an all-star wrestling extravaganza and there’s plenty of audience participation. 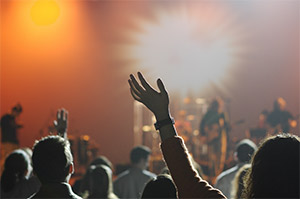 Two nights at the O2 Arena form the London leg of a world tour promotingMuse’s latest release. Following in the great tradition of rock power trios like Hendrix, Cream,The Police and Nirvana,thisisa band that use sonic inventiveness to make up for a perceived lack of numbers. In this, their sound centres around the effects-laden bombast of Matt Bellamy’s fretwork.

They don’t hold back on the songwriting front, either. Squalls of overdriven guitar push the tunes well into prog-rock territory, while Bellamy’s falsetto voice give rise to lazy Queen/Rush comparisons. Safe to say then that Muse won’t be in the running to perform the music to the John Lewis Christmas ad this year.