London’s open spaces are ready to host plenty of fun events over the coming months and the Capital’s residents are already warming up. Marathons are being run, barbecues cleaned up and summer playlists downloaded. Call it a “Psychological Spring Cleaning” if you like, but anything of any value benefits from a bit of preparation – even fun. 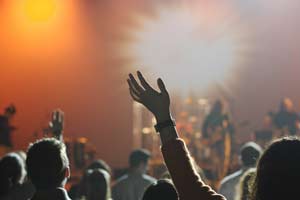 If anyone still needs convincing about the transformation of Brixton from no go crime spot to boho heaven, they need to attend this eclectic gathering in Brockwell Park. Fun, food and funky music are all on the menu and visitors can also get to discover one of South London’s hidden open space gems.Studio 54, Mood II Swing and Paradise Garage are among the big dance music names topping the bill, the emphasis being on cutting edge reboots of the classic disco genre. All that dancing will require plenty of fuel and the pop up stalls will be among some of the best in the Capital. Honest Burgers, Forza Win and Chicken Shop are just some of the well-known street food brands that will be cooking up a funky storm in SE24. 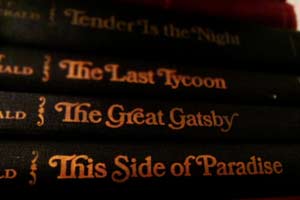 The Arts Theatre is staging a production of F Scott Fitzgerald’s famous tale of love and loss in a secret London location that will only be revealed on the date that you have purchased your ticket. Seeing as the story is set in the time of prohibition, this is a smart ploy as it will enable the audience to really get into character.Nineteen twenties America was a time and place where people had to sneak into disreputable uptown drinking clubs in order to drink, dance and love. The Great Gatsby is set in these times and the production is encouraging its audience to show up in period costume. So grab a pair of spats and a handful of feathers and step into the unknown. 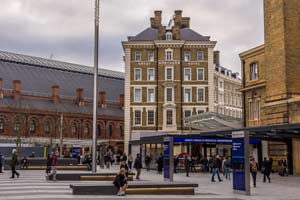 This late May gathering is an urban offshoot of the fabulously wacky Green Man Festival that takes place in Wales later this year. The organisers are still focusing on alternative acts that are based in Wales and are also spotlighting the often overlooked development of traditional Welsh cider. There’s plenty here for fans of progressive indie rock and quirky singer songwriters and the venue is ridiculously easy to get to.Huw Stephens, Rozi Plain and The Proper Ornaments are among those on the bill. Wales has a strong tradition of left field pop and rock musicians that are probably more influential than they are successful. Cider makers include Boss, Breacon Brewing and Purple Moose. 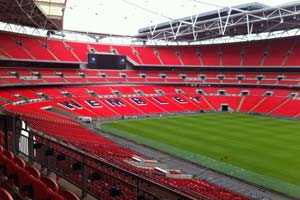 The world’s oldest football competition reaches to heady climax this May as London giants Chelsea and Arsenal battle for honours. Chelsea are the form side with a steely defence, a superb midfield blend and plenty of attacking options. Arsenal’s inconsistency has cost them dearly in the Premiership, yet here they are in the final after vanquishing the much fancied Manchester City.In Alexis Sanchez, however, the Gunners have that rare breed of player that can carry whole teams by example, encouragement and sheer determination. His goals have kept manager Arsene Wenger in a job and with Chelsea still catchable in the league, nerves might play their part, especially if the game goes to extra time.