As London enter the summer months, music is definitely in the air, evidenced by an unprecedented amount of festivals, both big and small. Glastonbury is having the year off so the Capital’s pop, rock and hip-hop tribes have stayed home to party, which is excellent as there are more than enough good vibes to go round. 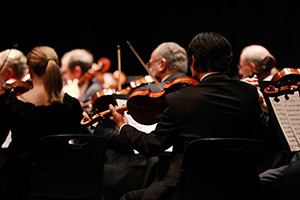 Although they take their role in the community quite seriously, the London Symphony Orchestra like to introduce some light touches to proceedings and their outdoor gigs are a case in point. Informal and relaxed, these series of recitals in Trafalgar Square are aimed at both classical music connoisseurs and casual listeners who may be passing by.

Nelson’s Column and the National Gallery form a beautiful backdrop to the concerts which also feature youngsters from less privileged areas of the Capital. These budding musicians buddy up with some of the classical world’s leading exponents who act as mentors and advisors.

The King and I – London Palladium

The evergreen Rogers and Hammerstein musical that made Yul Brynner a Broadway and Hollywood star has been revived by New York’s Lincoln Centre and starts an exhilarating summer run in the West End. Based on the memoirs of a 19th Century governess who became integral to the court of the King of Siam, it stars award winning actors Kelli O’Hara and Ken Watanabe in the titular roles.

The King needs to modernise his country while staying true to its traditions. Enter the prim and proper Anna who, after some resistance, starts to influence and guide the royal family of which is one day to become modern Thailand. The usual Rogers and Hammerstein combination of great costuming, dance arrangements and brilliant songs lifts this tale of love, ambition and culture clash to sublime heights which is set to become a smash West End hit.

A reboot of a reboot. Can this really work? Well, if you’ve got an Oscar-laden all female cast and a snappy plot line, the answer is – of course! Sandra Bullock stars as Debbie Ocean, a just released master criminal who hatches a plan to rob the Met Gala of a priceless gem. To do this, she employs the talents of a gang of expert thieves and con artists played by Cate Blanchett, Anne Hathaway and Helena Bonham Carter among others. (See what we mean about Oscars).

The heist is a masterpiece of precision and team work with plenty of creative energy sparking between the girls. The fact that Debbie is Danny Ocean’s sister adds intrigue to the story as Danny (played by George Clooney) was the protagonists of Ocean’s 11 through 13. Hopefully Bullock will take the franchise up to 10 by adding Uma Thurman and Scarlett Johansson, but that’s just our wish list! 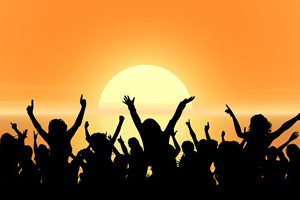 As it moves away from its former Hackney home, this most quintessentially London of festivals also moves away from the four-on-the-floor dance genres into new territory. Lovebox now has a distinctly urban feel with native son Skepta topping the bill and a host of hip-hop influences in support. Fans of pure techno will have to wait for Clapham’s SW4 shindig at the end of summer, but Lovebox will still feature some pounding house beats for the glow stick waving faithful.

Other massive urban acts on the bill include the Pharrell Williams crossover vehicle NERDS, rap legends, Wu Tang Clan and man-of-the-moment, Childish Gambino. The action will be spread across a number of stages and tents with street food stalls and merchandise shops all close by. With better transport options and a more accessible venue, the organisers are hoping to improve and enhance the growing worldwide reputation of the Lovebox experience.