Top public transport tips in the sweltering London heat are as follows: 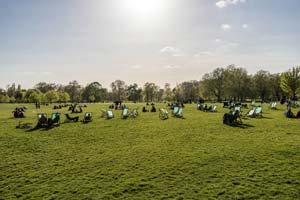 This series of concerts brings the rural festival vibe to the heart of London and is growing in size and scope as each year goes by. The first two weekends in July sees a phenomenal amount of Pop history covered and theirs is truly something for everyone. First to kick off on July 1 are American Punk legends, Green Day who mix heads down thrash with infectious melodies. The next day, the same venue will be awash with prepubescent screams as Justin Bieber basically rattles off half of the entire content of our nation’s chart content (Mr Ed Sheeran is responsible for the rest).

The next weekend is for the all-out rockers. Kings of Leon lead off, supported by Grunge pioneers, Pixies and then it’s the turn of a previous generation of US acts. Tom Petty and the Heartbreakers together with special guest Stevie Nicks will be cranking out road anthems guaranteed to get those phones in the air. 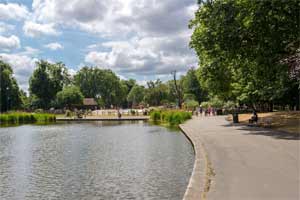 Dance music enthusiasts and dedicated hedonists only need attend this one as Victoria Park is set to transform itself from a green oasis into a frenzied sea of waving limbs. There are some big RnB names on the bill, like Frank Ocean, Jess Glynne and Beyoncé’s lil’ sis, Solange, but the main body of entertainment will be an almost endless list of club DJs, all ready to unleash the latest “bangers” on their ultra -receptive audience.

Of course, 2017 is the year that Grime goes overground and there will be guys like Chase and Status that tend to Bridge the gap between the gritty beats of E3 and N17 and the more mainstream dance fraternity. Many of London’s big Grime names are staying loyal to their own festival or totally crossing over to events like Glastonbury. Lovebox organisers may well welcome that as the Grime scene was never that good at self policing and tends to bring quite a bit of baggage along with it.

Whitney: Can I Be Me – Cinemas Londonwide 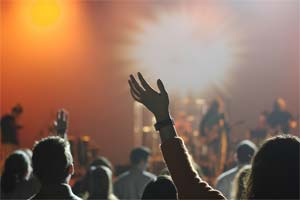 Whitney Houston was the undisputed reigning eighties diva with a golden voice that hid a crippling doubt as to whether she really deserved all the accolades that came her way. What is so tragic about her death is that the entourage that was meant to protect her, seemed to hasten her decline. Advisors clashed with Bodyguards who in turn undermined family members and of course husband, Bobby Brown had demons of his own.

Unlike her famous contemporaries – Michael Jackson, George Michael, Prince and Madonna, Whitney Houston did not write or produce any of her hits. She was an interpreter of other people’s musical vision and therefore heavily dependent on their direction. Marrying Bobby Brown was her one effort to break with the programme and it ended in drugs, despair and death. This documentary sympathetically merges interviews with early nineties concert footage and reveals the fact that even when faced with personal pain, Whitney could retreat into her voice which was her one sure means of protection. When the drugs took that, there was nothing left. 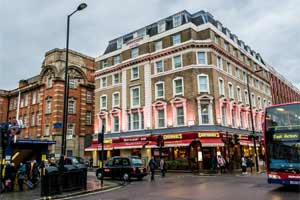 Lebanese cuisine stands alone amongst Middle East cooking traditions as the one that has most skilfully absorbed outside influences. Less stodgy than North African and less dependent on meat than Turkish, every dish comes across as a mini masterclass of how to achieve that crucial balance of spice, heat and zest. Many good Lebanese are clustered around the W2 neighbourhood, but it’s hard to judge them by appearances as many are quite plain looking and not given to sophisticated websites or flashy menus.

Ya Hala in Paddington has gained lots of kudos simply by relying on good old word of mouth and this is more than backed up by the food. The menu is fairly orthodox but the first sign of what is to come is the amazing drinks on offer. Apple and ginger, homemade lemonade and a selection of fragrant teas are unlike anything you’d find in London. A whole review could be written about the couscous. Delicately seasoned and steamed to perfection, it is so much more than a side dish. Chicken and lamb skewers are expertly grilled and the mutton curry manages to be nothing like Indian or Persian, yet totally exquisite.