Make no mistake: it’s been a year filled with uncertainty and plenty of people are looking for some light relief from the socio-political climate. The great thing about London is that it can create pockets of escapism that are easily accessible for all ages and tastes. So take a break from Brexit, sing along to some carols and treat yourself to a festive meal before falling in love again to one of the cheesiest Christmas songs ever recorded! 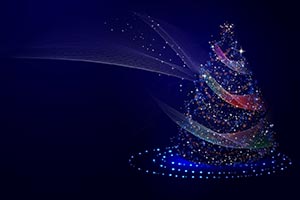 After a tumultuous year, it’s plain to see that many of us want escapism. Not the comic book blow-up-the-galaxy kind, but something heart-warming, familiar and just a bit silly. Last Christmas fulfils this function admirably and the fact that it’s a feature-length love letter to London can only be a good thing.

The romcom plot is paper thin, but the feel good factor is turned up to maximum as two young lovers discover each other against a tinselled backdrop of West End lights and benevolent Londoners. As the title suggests, the film was inspired by the 80s hit of the same name and Wham! And George Michael songs feature heavily throughout – there’s even a bonus unreleased track playing over the end credits. 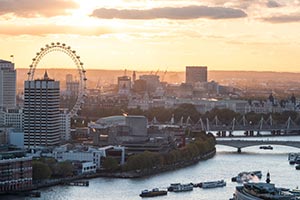 If the very thought of listening to the latest “reinterpretation” of a Christmas classic fills you with dread, then this is the event for you. Traditional carols, intermingled with renditions of some of the great classical pieces from the likes of Bach, Mozart and Elgar are presented in the elegant surroundings of one of London’s great venues.

Performed by the Philharmonic Orchestra and conducted by David Hill, the programme is given an additional boost by the presence of the Bach Choir and acclaimed soprano Fflur Wynn. The concert is a treat from majestic start (Bach’s opening chorus from his Christmas Oratorio) to rousing finish (“O Come All Ye Faithful”) and is just the event to get everyone in the festive spirit. 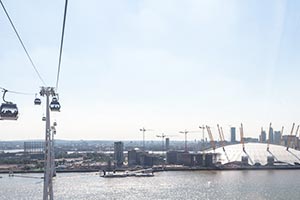 From his days as frontman and head rabble rouser for mod-rockers, The Faces, Rod Stewart has always been the life and soul of any party and his good time vibe will be in full effect for three nights in December. Time has treated his voice well and the bluesy growl has mellowed into a rich tenor: perfect for ballads and the odd judicious cover version.

Like his fellow contemporaries, Elton John and Paul McCartney, Stewart has outlived trends, fashions and personal upheavals with a good grace that has earned him a knighthood. His back catalogue is a solid run of hits that span the decades and include everything from folk to electronica. However, he’s best known for his anthemic love songs and the O2 will be in full singalong chorus when he encores with his massive No1 hit “Sailing”. 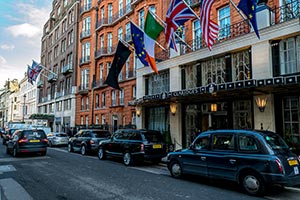 The famous chequered floor of the grand lobby at Claridge’s becomes almost invisible this December as the space is taken up by a series of show-stopping decorations and designs. The centrepiece is a 25m tree and a train carriage designed by Claridge’s regular, Christian Louboutin. Featuring splashes of signature red and gold, the ensemble takes the form of a luxurious signpost to the delights beyond.

Inside, the various restaurants and tea rooms pull out all the stops. Davies and Brook is a new dining concept that dispenses with pretence and concentrates on providing guests with one of the finest festive eating experiences in London.Christmas lunch can be taken in either the Foyer & Reading Room or the exquisitely-decorated French Salon. For an effortlessly elegant seasonal experience, it would be hard to find anything to surpass this Mayfair institution.