Home > Blog > Things to do in London – November 2019
Working class heroes have always had a big say in how London shapes itself. From Thomas Cromwell to Michael Caine, the Capital celebrates upward mobility. This month, two pop acts and two art exhibitions show how the outdated notion of class division can be conquered and even reversed.
William Blake – Tate Britain 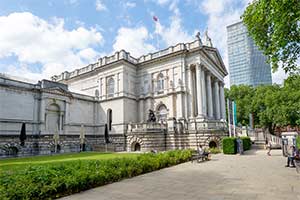 Always an outsider, always a rebel, William Blake did not follow the established route, trodden by his contemporaries. He found the art schools and apprenticeships of the day confining and stiff, which is no wonder as this working class lad was also a poet, philosopher and religious thinker. His art is firmly embedded in a radical mysticism that calls on angels, demons and mysterious forces for inspiration and creative direction.

Blake was never successful in his lifetime. His humble background as the son of a shopkeeper kept him out of the circles of influence that could have helped him. He earned his living as a printer and engraver which is why there are so many pristine examples of his work on display. This was probably a good thing in the end as he was free from the restrictions that usually come with patronage and able to let his imagination produce what we see here. 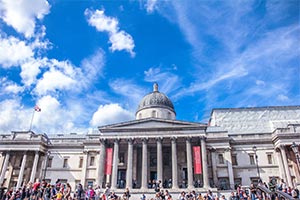 Gauguin took a one-way trip to the South Sea Islands and it changed his life forever and this exposure to a life of vibrant colours and non-western culture freed him to produce a body of work that still resonates today. This exhibition acknowledges his fascination with the native population of his new home, but also traces his development as an offbeat impressionist, painting and drinking his way across Europe (he ended up working with Van Gogh in the famous “Yellow House).

His later portraits of island women have attracted some notoriety among some critics who view them as exploitative and predatory. The National Gallery focuses on the non-nudes and some of the culture clash that was occurring at the time as the church missionaries made their presence felt. The girls in the the paintings wear European dress, yet they still project a certain fluidity that Gauguin didn’t encounter anywhere else. 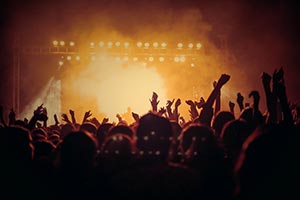 From gawky, but enthusiastic talent show winners, to stadium-gobbling world tours, Little Mix have blazed a trail of tough beats, faultless harmonies and daring costumes. Pushing girl power towards the next decade, they come across as confident young women who are well aware of the value and scope of their homegrown talent.

Having sold nearly fifty million records, which include four British number ones, Little Mix approach this tour as an experienced outfit. They’ll be promoting their fifth album – LM5 and will be keen to show off their new sound which is sharp, urban and full of big-name collaborations.
https://www.theo2.co.uk/events/detail/little-mix-2019 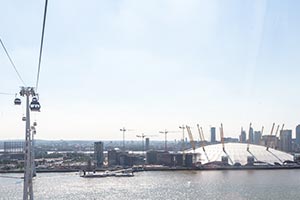 The only individual on the planet who can make shaking a tambourine look edgy, Gallagher is a working class original who disdains fashion, pretence and overproduction – or does he? While he continues to carry a torch for all disaffected rockers, the former Oasis frontman is keen to show off a more sophisticated side of his songwriting on this tour and with rumours of a reunion with his equally cranky sibling on the cards, this can get interesting.

Having headlined at Glastonbury last year, Liam and the boys will be full of fight. Expect maximum banter and a bit of Noel-baiting as they cheekily mix reworked Oasis standards with new material and some 60s classics.

Things to do in London – November 2019 was last modified: November 1st, 2019 by Space Apart Hotel